A Plan to Increase Vaccine Access and end the Pandemic faster

Op-Ed by: Kristalina Georgieva is managing director of IMF and Tedros Adhanom Ghebreyesus is director general of the World Health Organization. 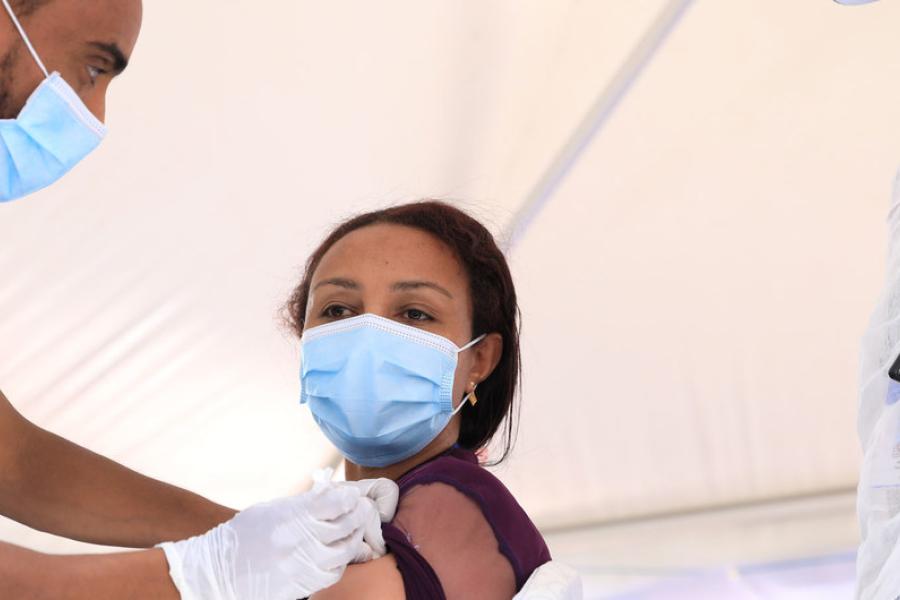 It has become abundantly clear that there will be no broad-based recovery from the covid-19 pandemic without an end to the health crisis. Access to vaccination is key to both.

There has been impressive progress on vaccinations, with unprecedented achievements from scientists and public and private financing that has supported vaccine research, development and manufacturing scale-up. But a dangerous gap persists between richer and poorer nations.

Some affluent countries are already discussing the rollout of booster shots to their populations, but the vast majority of people in developing countries — even front-line health workers — have still not received their first shot. Low-income nations have received less than 1 percent of vaccines administered so far.

Inequitable vaccine distribution is leaving millions of people vulnerable to the virus while allowing deadly variants to emerge and ricochet back across the world. As variants spread, even countries with advanced vaccination programs have been forced to reimpose stricter public health measures and travel restrictions. The ongoing pandemic is deepening divergence in economic fortunes, with negative consequences for all.

It need not be this way. That is why, ahead of next week’s Group of Seven summit, we are calling for a stepped-up coordinated strategy, backed by new financing, to vaccinate the world.

A proposal from International Monetary Fund staff puts forward a plan with clear targets and pragmatic actions, all at a feasible cost. It builds on the ongoing work of the World Health Organization, its partners in the Access to Covid-19 Tools (ACT) Accelerator initiative and its global vaccine access program Covax, as well as the work of the World Bank Group, the World Trade Organization and many others.

At an estimated $50 billion, it would help end the pandemic faster in the developing world, reduce infections and loss of lives, accelerate the economic recovery and generate some $9 trillion in additional global output by 2025. It is a win for all: In addition to the inestimable benefits in people’s health and lives, around 60 percent of the gains would go to emerging markets and developing economies, and the remaining 40 percent would benefit the developed world.

What does it entail?

First, increasing our ambitions and vaccinating more people faster. The WHO and its Covax partners aim to vaccinate approximately 30 percent of the population in all countries by year’s end. But through other agreements and surge investment, 40 percent of the global population could be reached this year, and at least 60 percent by the first half of 2022.

Doing so requires additional financing for low- and middle-income countries, with a very significant proportion in grants and concessional financing. To urgently get more shots in arms, doses need to be donated immediately to developing countries, synchronized with national vaccine deployment plans, including through Covax. Cooperation on trade is needed to ensure free cross-border flows and increasing supplies of raw materials and finished vaccines.

Second, insuring against downside risks such as new variants that may necessitate booster shots. This means investing in additional vaccine production capacity by at least 1 billion doses, diversifying production to regions that currently have little capacity, and sharing technology and know-how, including contingency plans to handle virus mutations or supply shocks.

All blockages to expanding supply must be removed. We call on WTO members to accelerate negotiations toward pragmatic solutions around intellectual property. A number of low- and middle-income countries are investing in local manufacturing capacity, which is key to not just ending this pandemic but also preparing for the next one.

hird, immediately boosting testing and tracing, oxygen supplies, and therapeutic and public health measures, while ramping up vaccine deployment and the ACT-Accelerator initiative. The WHO, UNICEF, the World Bank and Gavi have been conducting readiness assessments in more than 140 developing countries and providing on-the-ground support and financing to prepare for vaccine rollout.

What about the cost?

Of the $50 billion, there is a strong case for grants of at least $35 billion. Group of 20 governments have sent positive signals, recognizing the importance of providing about $22 billion in additional funding for 2021 to the ACT-Accelerator.

About $13 billion is needed to boost vaccine supply in 2022 and further scale up testing, therapeutics and surveillance. The remaining $15 billion could come from national governments supported by multilateral development banks, including the World Bank’s $12 billion financial facility for vaccination.

Speed and coordination are critical. The plan calls for upfront financing, upfrontvaccine donations, and upfront precautionary investments and planning. It is essential that all of this is made available as soon as possible.

Investing $50 billion to end the pandemic would pay a huge dividend in development and would boost growth and well-being globally. But the longer we wait to act, the costlier action becomes — in human suffering and in economic losses.

Our institutions are stepping up to turn our commitment to global hope into reality: The IMF is preparing an unprecedented Special Drawing Rights allocation to boost the reserves and liquidity of its members. The WHO is seeking to identify financing so that the urgent needs of its Strategic Preparedness and Response Plan and the ACT-Accelerator partnership can be met, with Covid-19 Technology Access Pool (C-TAP)incentivizing the sharing of know-how and technology. The World Bank will have vaccine projects up and running in at least 50 countries by the end of June — with the International Finance Corporation working to mobilize the private sector to boost vaccine supply for developing countries. And the WTO is working on freeing up supply chains for the plan to succeed.

Ending the pandemic is possible — and requires global action now.

Let’s all pull together and get the job done. 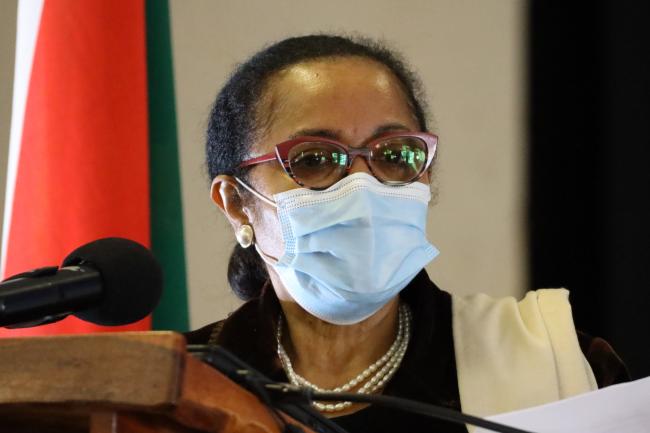 Communities must be at the heart of the DDM and be engaged, consulted, empowered and part of decision-making processes. 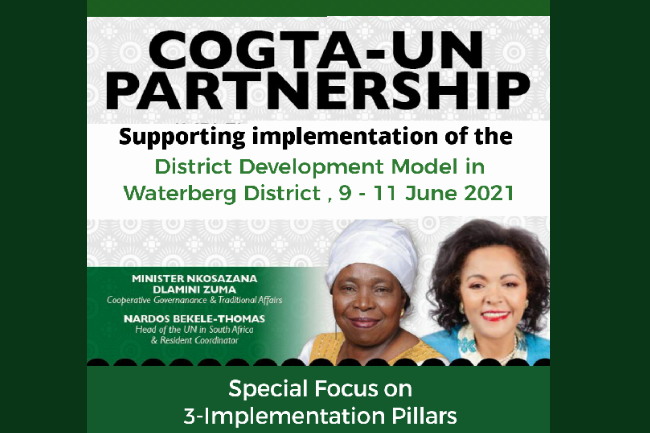 MEDIA ADVISORY: Minister Nkosazana Dlamini Zuma to unveil the Waterberg District iteration of the COGTA-UN partnership to support the implementation of the District Development Model 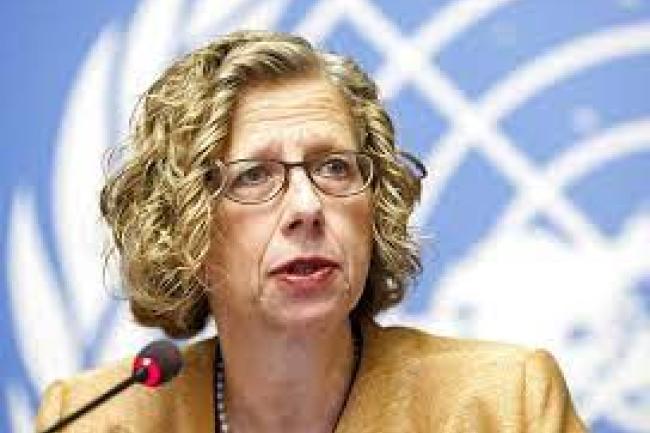 "Reversing the domino effect of our destruction of nature"

We must ­invest in ecosystem restoration – reforestation, afforestation, rewilding, and regenerative agriculture, among other efforts.