Our Team in South Africa 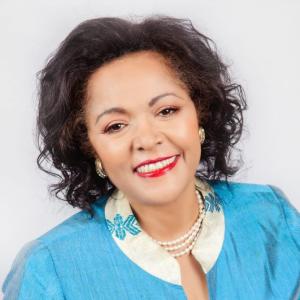 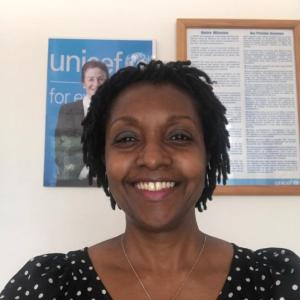 UNICEF
Representative
cmuhigana@unicef.org
twitter
Christine Muhigana took up her duties as UNICEF Representative in South Africa in September 2020. She was previously the UNICEF Representative in the Central African Republic (CAR) for three years. Between 2013 and 2017, she was UNICEF Deputy Regional Director for the West and Central Africa region based in Dakar, Senegal. Overall, she has more than 30 years of experience in the UN.
She holds a master’s degree in Political Science and International Relations as well as a master’s degree in Maritime and Air Law from the Université Libre de Bruxelles in Belgium.
Read more 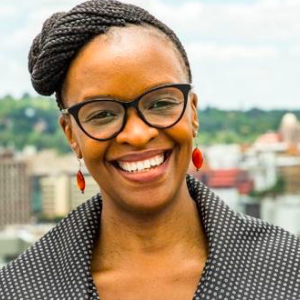 OHCHR
Regional Representative
OHCHR-rosa@un.org +27 81 026 2921
Ms. Abigail Noko is the Regional Representative of the Regional Office of OHCHR in Southern Africa. She has worked at OHCHR for more than 20 years in various capacities. Prior to her current posting, she oversaw OHCHR’s work from headquarters in east and southern Africa and the African Union and undertook special assignments in Sierra Leone and Nigeria. Previously she was Special Assistant to the Assistant Secretary General for Human Rights, the adviser on HIV and worked on external relations and donor relations. Before joining OHCHR, she worked with UNHCR and in the private sector. 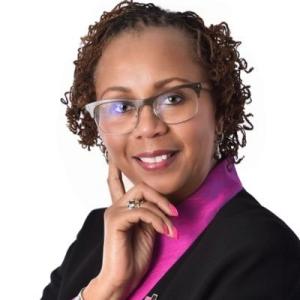 UN Women
Representative
anne.shongwe@unwomen.org
twitter
As the Representative for UN Women's South Africa Multi-Country Office, Ms Anne Githuku-Shongwe covers Botswana, Lesotho, Swaziland, and Namibia as well as South Africa, where the office is based. Anne brings to her role 20 years of experience as a senior international development professional including with UNDP across Africa.
She has a masters’ degree in International Development from The American University; a certificate in Social Innovation from the University of Cape Town, Graduate School of Business, a certificate in The Art of Large Scale Systems Change for Social Entrepreneurship from Harvard University, and a Management Certificate from Jones International University. 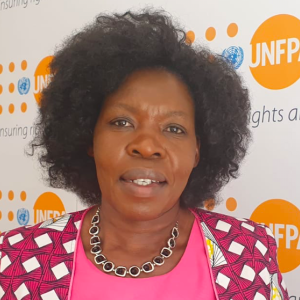 UNFPA
Representative
mutali@unfpa.org
linkedin
twitter
Ms. Beatrice Mutali assumed duties as UNFPA Representative for South Africa and Country Director for the Eswatini and Botswana Country Offices in August 2018. She brings over 25 years of experience in international and local development, including in programme management, particularly around family planning and HIV/AIDS. Prior to her appointment in the East and Southern Africa (ESA) region, she served as the UNFPA Deputy Regional Director, WCARO, and also as the Officer-In-Charge for UNFPA Nigeria.
She holds an MA in Economics and a BA in Economics from the Kurukshetra, Haryana.
Read more 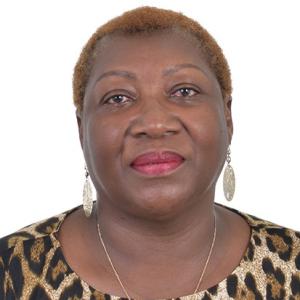 UNEP
Representative
cecilia.njenga@unep.org +27731808730
twitter
Mrs Njenga, an Economist/Urban and Regional Planner, has over 25 years of progressive work experience in the sustainable development field, of which 20 years have been with the United Nations system. In the last six years, she has been tasked with establishing a strategic presence for UN Environment in the Southern Africa region. Prior to joining the UN, Cecilia worked as a gender and environment activist, promoting the role of women and youth across Africa and globally. 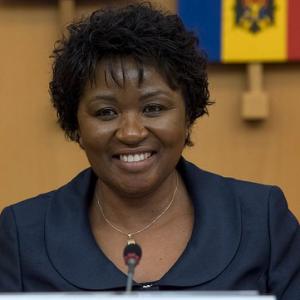 She started her career in 1981 as Agricultural Economist with the Government of Malawi and also as Research Economist. From 1993 to 2002, she worked as a consultant for FAO and various international nongovernmental organizations (NGOs) in the areas of sustainable development, agriculture and food security. In 2002, she joined FAO as Policy Officer in the Regional Office for Africa, in Accra, Ghana. Between 2004 and 2007, she served as Head of the Rural Economy Division with the African Union Commission in Addis Ababa, Ethiopia. From 2007 to 2008, she was Programme Leader for the International Food Policy Research Institute (IFPRI) out-posted in Abuja, Nigeria. In 2008, she was appointed Ambassador Extraordinary and Plenipotentiary of Malawi to Belgium, France, Italy, Luxembourg, the Netherlands, the Principality of Monaco and Switzerland, as well as Permanent Representative to the EU, UNESCO, WTO and Rome-based Agencies
(RBAs) where she served until 2014. She returned to FAO headquarters in 2014 as Deputy Director of the Social Policies and Rural Institutions Division (ESP) and in 2016 she was designated Director ad interim ESP. Since 2017, she has been serving as Strategic Programme Leader for Hunger Eradication, Food Security and Nutrition Programme (SP1).
Read more 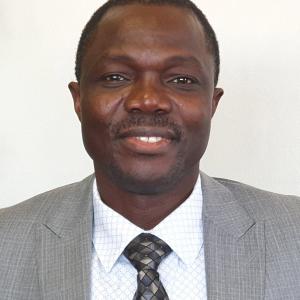 UNDP
Resident Representative
ayodele.odusola@undp.org +27660222123
twitter
Dr Odusola assumed his role as UNDP Resident Representative in June 2019. Prior to this appointment, he was the Chief Economist and Head of the Strategy and Analysis for the UNDP Regional Bureau for Africa team in New York. He is no stranger to South Africa having previously served as Senior Economic Adviser for UNDP South Africa.
Prior to joining the United Nations, Dr. Odusola worked with the Presidency of Nigeria (1993-2015). Dr Odusola has lectured in several universities in Africa and has published over 50 articles in national and international journals, editing and authoring books as well as technical reports. In 2001, he was the African Visiting Scholar to the International Monetary Fund. 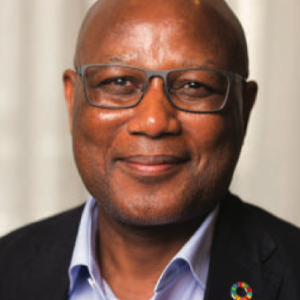 UNAIDS
Country Director
mugabem@unaids.org
twitter
Mbulawa Mugabe assumed his functions as the Country Director of UNAIDS in South Africa in June 2017 after serving as Director of Country Impact and Sustainability Department at UNAIDS headquarters from 2014 to 2017. Prior to this, he was the deputy director of the UNAIDS Regional Support Team for Eastern and Southern Africa in Johannesburg from 2010 to 2013. A national of Botswana, Dr Mugabe’s career with the UN spans almost 20 years including working for UNICEF in Botswana and Uganda.
He holds a masters’ degree and a Ph.D. in medical sociology, specializing in child health, from the University of London.
Read more 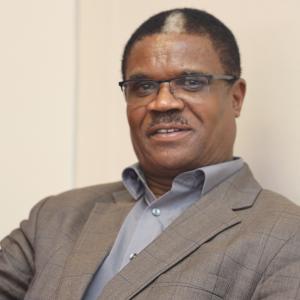 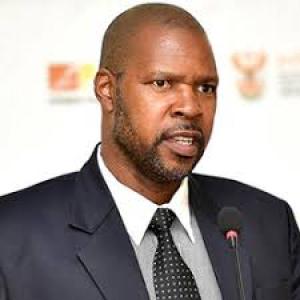 ILO
Country Director
musabayana@ilo.org +27 722 34 9070
twitter
Dr Joni Musabayana is the Director of the ILO Decent Work Team for Eastern and Southern Africa based in Pretoria covering 18 countries in Eastern and Southern Africa technically and five countries politically and administratively. During his career with ILO, he notably served as He has worked as a project staff in Harare (1992 – 2002), Chief Technical Adviser in Geneva (2002 – 2004), Global Coordinator of Start and Improve Your Business programme in Addis Ababa (2004 – 2009), Enterprise Specialist in Pretoria (2009 – early 2016) and as Deputy Director of the ILO Pretoria Decent Work Team and Country office.
Dr. Joni Musabayana has a Doctorate in Business Leadership from UNISA School of Business leadership, Masters in Business Administration (MBA), and a BSc in Political Science and Public Administration from the University of Zimbabwe. 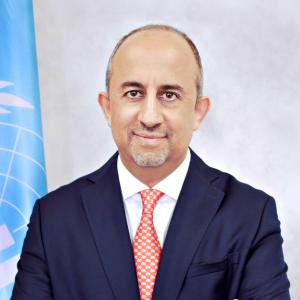 UNIDO
Representative
k.elmekwad@unido.org
Mr Khaled El Mekwad is the UNIDO Representative, and Head of its Regional Office based in Pretoria since March 2017. He joined the UN system in 2008 and held a similar function both in Beirut (2008 – 2013), and Khartoum (2013 – 2017). Prior to the UN, he followed a diplomatic carrier in the Egyptian Ministry of Foreign Affairs (1989 – 2008) where he has been posted in Brussels, Dakar, and Vienna.
Mr El Mekwad graduated from the Faculty of Engineering at Cairo University and followed post-graduate studies in International Relations at the National School of Administration in Paris.
Read more 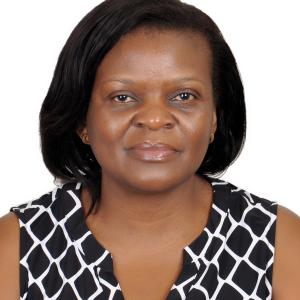 IOM
Country Director
lsanya@iom.int
twitter
Lily Sanya took up her appointment as the IOM Chief of Mission in South Africa in January 2019. Prior to this, she was Chief of Mission to Zimbabwe from March 2016 to January 2019. Ms Sanya has worked with IOM for the past 22 years in several operations in sub-Saharan Africa and in central Asia.
In July 2004, she temporarily served as a Regional Trainer for the UN Assistance Mission in Afghanistan (UNAMA). She also served as an Electoral Support for the IOM’s Out of Country Voting Process for Iraq in Syria and the UN Assistance Mission in Liberia (UNMIL) for the Liberian elections. 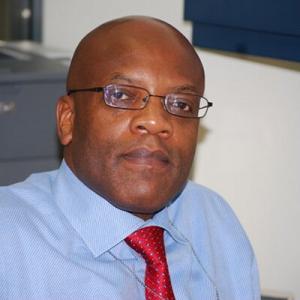 UNIC
Country Director
tafirenyika@un.org +27823130051
twitter
Masimba Tafirenyika, a national of Zimbabwe, is the Director of the United Nations Information Centre in Pretoria, an office that provides communications services to UN in South Africa. He assumed his current position in 2017. Prior to this, he was the head of the Africa Section in the UN Department of Global Communications and Editor-in-Chief of its Africa Renewal, the UN’s Secretariat’s premier magazine on African developmental issues. Previously, he served as the Officer-in-Charge of the Pretoria Information Centre from 2008 to 2009, and as Deputy Director from 2006 to 2008. From 1998 to 2006, Mr. Tafirenyika worked at UN Headquarters as an information analyst before joining peacekeeping operations and peacebuilding missions in West Africa responsible for strategic communications and subsequently overseeing peacekeeping missions from UN Headquarters in Liberia and Sierra Leone. He has a Master of Arts degree in International Affairs from Columbia University in New York, the United States, and a Bachelor of Arts honours degree in Economics from the University of Zimbabwe.
Read more 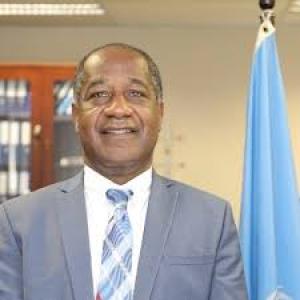 UNHCR
Representative
tapsoba@unhcr.og
Valentin Tapsoba is the UNHCR Regional Director for Southern Africa, covering 14 countries. He has worked with the refugee agency for the past 26 years in various leadership capacities at its headquarters in Geneva and several eld operations in sub- Saharan Africa and Asia.
Valentin Tapsoba is a national of Burkina Faso. He holds a Masters Degree in Economics from Ouagadougou University and a Masters Degree in International Business Transactions from George Mason University in the United States. 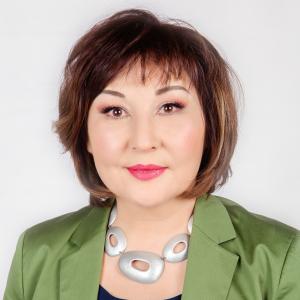 UNODC
Representative
zhuldyz.akisheva@unodc.org +27827809351
twitter
Ms Z. Akisheva is the Regional Representative for UNODC Regional Office for Southern Africa. Prior to this role, she worked as the Country Manager for UNODC Country Office in Viet Nam (2010- 2015), Head of the UNODC Programme Office in Kyrgyzstan (2008-2010), Deputy Regional Representative at the UNODC Regional Office for Central Asia (2004 – 2008). Overall, she has more than 17 years of work experience with UNODC both at HQ and field levels.
Ms Z. Akisheva is a citizen of Kazakhstan. She holds two Master's degrees in Law and in international relations.