“They say a young person living for the future has already conquered their present” Rethabile Seretlo, 18 years

As we commemorate international youth day on 12 August, we are reminded of the critical role that youth play in building democracies and contributing to sustainable development. However, this requires deliberate actions as well as dedication, mobilization, activism and inspiring leadership.  All of which was on display in June 1976 in South Africa, when Soweto students stood up against Apartheid's discriminatory practices in the education system and became a symbol of youth standing up for their rights. In 1995, following the country’s first democratic elections, South Africa's leadership acknowledged the sacrifices of those young people and proclaimed June as Youth Month and June 16 as Youth Day, a national holiday.

Rethabile Seretlo, an 18-year old drama major and performer, is one of four young South Africans that the OHCHR Regional Office for Southern Africa spoke to on Youth Day 2021, to understand how young people feel about lessons of the past, challenges of today, and tomorrow's future. Rethabile says that: “An important lesson from 1976 is that they understood that education was a right, not a privilege. The 1976 youth understood that life without education is death in disguise and hence it was worth facing the unjust government to fight for their future“.

Talking about the past, young people in South Africa share their respect and admiration for the youth of 1976.  But they also share feelings of uncertainty, and not being seen or heard by Government. Olum Lornah Afoyomungu, a 27-year old lawyer, says “My youthful days are spent dealing with debt, constant worry about not making it and not reaching my potential. It should be much more than that.”  Sage Lee Sylvester, a 20-year old student, notes that young people's biggest concerns include unemployment, drug abuse, as well as mental and physical health issues.  Pretty Lethabo Masalebana, a 22-year old retailer, feels that the youth of today “sadly still relive the reality of Soweto youth, just on a more sophisticated level”.

The South African Government acknowledged the main issues facing young people in 2021 when identifying the theme for Youth Month as “The Year of Charlotte Mannya Maxeke: Growing youth employment for an inclusive and transformed society”. This comes on the backdrop of an unemployment rate of  63% for 15-24 year-olds. While Maxeke's social and political activism, as well as academic successes, are meant to inspire young people of South Africa and honour their role as potential agents of change, it should also serve as a reminder to the decision-makers that development can only be achieved through meaningful youth-oriented interventions. As Sage puts it “There are no young people involved in our country's affairs, all the old people are making the choices”.

Engaging the youth meaningfully can present a challenge unless they are first and foremost recognized as an equal partner. “The system needs to be more accepting of the fact that for the socio-economic improvement of our country to be successful, the youths role is much bigger than it is perceived to be,” says Pretty, adding that young people should remain committed to demanding their seat at the table so that decision makers can hear their input. Similarly, Olum feels that youth participation is imperative, especially in the context of the global pandemic, “The system should involve meaningful youth participation as far as possible. Youth inherited socio-economic stress of the past generation that brought them up and for that to be broken there must be political will by the government, especially in the context of COVID-19”.

Rethabile, Pretty, Olum, Sage, and millions of youth across South Africa are contributing actively to change to build a better future.  As Pretty says “We are creative, technologically acquainted and more alert to changes occurring in the world. We are the best people to determine what our future should look like”.

The theme of International Youth Day 2021 is, “Transforming Food Systems: Youth Innovation for Human and Planetary Health”, with the aim of highlighting that the success of such a global effort will not be achieved without the meaningful participation of young people. The impact of the COVID-19 pandemic, particularly related to its effect on human health, the environment, and food systems is of serious concern. We need inclusive support mechanisms that ensure youth continue to amplify efforts to restore the planet and protect life, alongside efforts to tackles and challenges to address the interlinkages embodied by the 2030 Agenda including poverty reduction; social inclusion; health care; biodiversity conservation; and climate change mitigation. 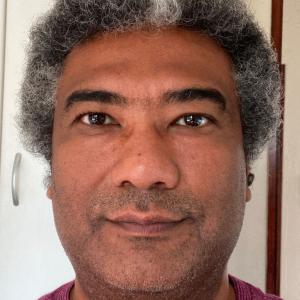