Globally, 66% of people living HIV were virally suppressed in 2020, with South Africa estimated to have achieved 61%.

Hundreds of people living with HIV in Eastern Cape Province are spreading the word that effective treatment can prevent onward transmission of the virus.

Eastern Cape has become the first of nine provinces in South Africa to launch a public information campaign to raise awareness of U = U (undetectable = untransmittable) and to encourage people living with HIV to commence, maintain or resume treatment and achieve and maintain an undetectable viral load.

The innovative campaign celebrates the fact that people living with HIV who receive effective antiretroviral therapy can achieve and maintain viral suppression, which is when their viral load is undetectable using normal testing methods. At this point, extensive trials have proven that they cannot pass HIV to others via sexual activity.

The overall goal of the Eastern Cape campaign is to reduce . As the project in Eastern Cape winds down, five water reservoirs have been constructed, five villagers in six communities trained on how to run them, including 28 municipal officials

The campaign was officially launched with pledges of support from Eastern Cape Premier Oscar Mabuyane, community members and other prominent stakeholders, including the Eastern Cape Provincial AIDS Council, the Department of Health, the South African National AIDS Council and UNAIDS.The concept of U = U arose from trials in South Africa and elsewhere that found that early antiretroviral treatment of HIV infection can prevent onward transmission.

Campaign leaders hope to inspire similar activities across the country and beyond. “We want this to be a bottom-up approach,” said nurse clinician and U = U pioneer Mandisa Dukashe, who first approached the Eastern Cape AIDS Council about the campaign.

“We hope the success in Eastern Cape will inspire other provinces, at the national level and outside South Africa,” she said.

Four hundred people living with HIV have been trained as U = U peer educators across South Africa, including 70 in Eastern Cape, who formed the core of the new campaign.

Campaigners are collaborating in a series of groups to ensure that awareness is raised, communities are mobilized and service providers are trained. The implications of U = U are that people living with HIV need access to treatment as soon as they are diagnosed and to maintain effective treatment to become virally suppressed. This means that people visiting health clinics and receiving a positive HIV test result need quality counselling, said Ms. Dukashe, who is herself living with HIV. “There is not much time spent now with clients when initiating their treatment and they can get lost in the health system.”

The concept of U = U arose from trials in South Africa and elsewhere that found that early antiretroviral treatment of HIV infection can prevent onward transmission. However, people can only know whether they are virally suppressed by taking a viral load test. Viral load levels should be monitored regularly to be sure that the HIV medicines are working, and this requires the active involvement of healthcare professionals.

The campaign organizers want healthcare providers to communicate this information to all people living with HIV.

They particularly hope to inform couples’ counselling, especially those in serodiscordant relationships, where one partner is living with HIV and the other is HIV-negative.

U = U can not only prevent transmission of HIV to the negative partner, but can also prevent onward transmission to their child if the couple conceives. Significantly, knowledge of U = U can help to reduce stigma about HIV infection and motivate people to start treatment in order to become virally suppressed and continue follow-up care.

Globally, 66% of people living HIV were virally suppressed in 2020, with South Africa estimated to have achieved 61%. Although some countries in sub-Saharan Africa, such as Botswana and Eswatini, did remarkably well and achieved or even exceeded their targets for 2020, many more countries fell way behind.

Over the coming months, the Eastern Cape Province will spread the U = U message across diverse audiences, through social media, radio and print media. Peer educators are working as HIV ambassadors and sharing their stories to inspire others. The campaign will also use billboards, rallies and community dialogues to reach as many people as possible.

“There is clear evidence that U = U messaging works and helps to bring people back to treatment and reduces stigma and discrimination,” said UNAIDS Country Director for South Africa, Eva Kiwango.

“Treatment interruption is a persistent issue in South Africa and this campaign helps remind everybody that having an undetectable viral load when you are taking HIV treatment also stops transmission of HIV to others.

"This is critical for populations at higher risk of infection, such as adolescent girls and young women and key populations, including sex workers and gay men and other men who have sex with men.” 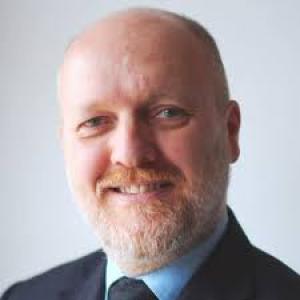